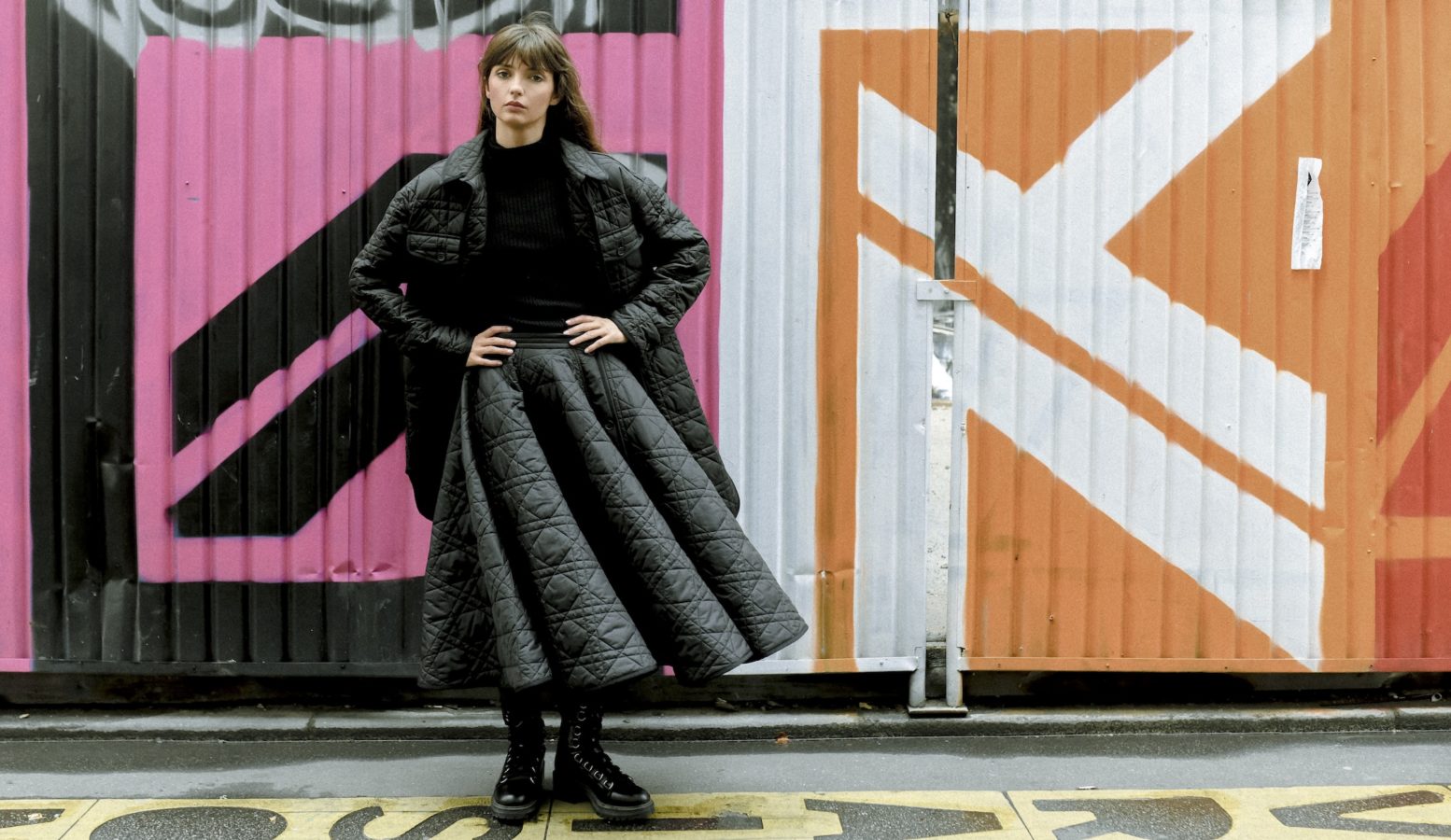 A vision of new Parisian style mixed with Californian cool, actress and model Annabelle Belmondo, granddaughter of the late film star Jean-Paul, has been stealing the limelight with her work on screen, on the runways and in the pages of magazines such as this.

She tells us about her just-released movie American Night and how she developed her style.

Tell us about this exciting new film project.

I have a few exciting things coming out. My movie, American Night, was presented at the Venice Film Festival, and it was amazing to see the final product on the big screen at such a prestigious event.

As an actress, what would be your ideal role?

What does fashion mean to you?

Fashion is a way of expressing and empowering myself. I strongly believe in the power of clothes as a statement that reflects my identity and my origins.

My earliest style inspirations were my mom [Florence Belmondo] and grandma [the dancer Elodie Constantin]. I loved watching my mom get dressed and always wanted to be in her closet and try her clothes on. I grew up in the US and my mother has a very French style, very different from the other women in our town, which really influenced the way I dress today.

Talk us through the evolution of your own style since your teens.

I went through many different phases as far as my style goes. When you’re a teenager, that’s the moment when you try different things and are very influenced by your friends until you finally figure out your own style. But moving to Paris was really the starting point in my fashion journey – there’s so much inspiration, from what other women wear to the Parisian lifestyle. That really defined how I dress today.

You grew up in the US and are now based in France. How do the two countries compare in terms of fashion?

It’s difficult to have a binary point of view of this. The US is such a diverse country, where styles really differ depending on the states or cities you’re talking about. I think the two locations have some differences, but I’ve learned to combine the best of both worlds.

If your life had a theme song, what would it be?

Right now, I’m in a very Fleetwood Mac period and I’m constantly listening to their song “Everywhere”, so for now that would be it. What do you like to wear for a party? I love wearing a women’s suit, which I think is the most chic style – like a vintage Saint Laurent suit. Nothing beats that!

With limited travel since Covid-19, where do you miss going and what would you like to do there?

I really missed being able to go to the US during Covid, but fortunately, it’s been possible in the last couple of months. I really missed my friends and my family over there. But once I can, I’d love to go to Hong Kong – I miss those late-night cocktails at Upper House with the stunning view of the city.