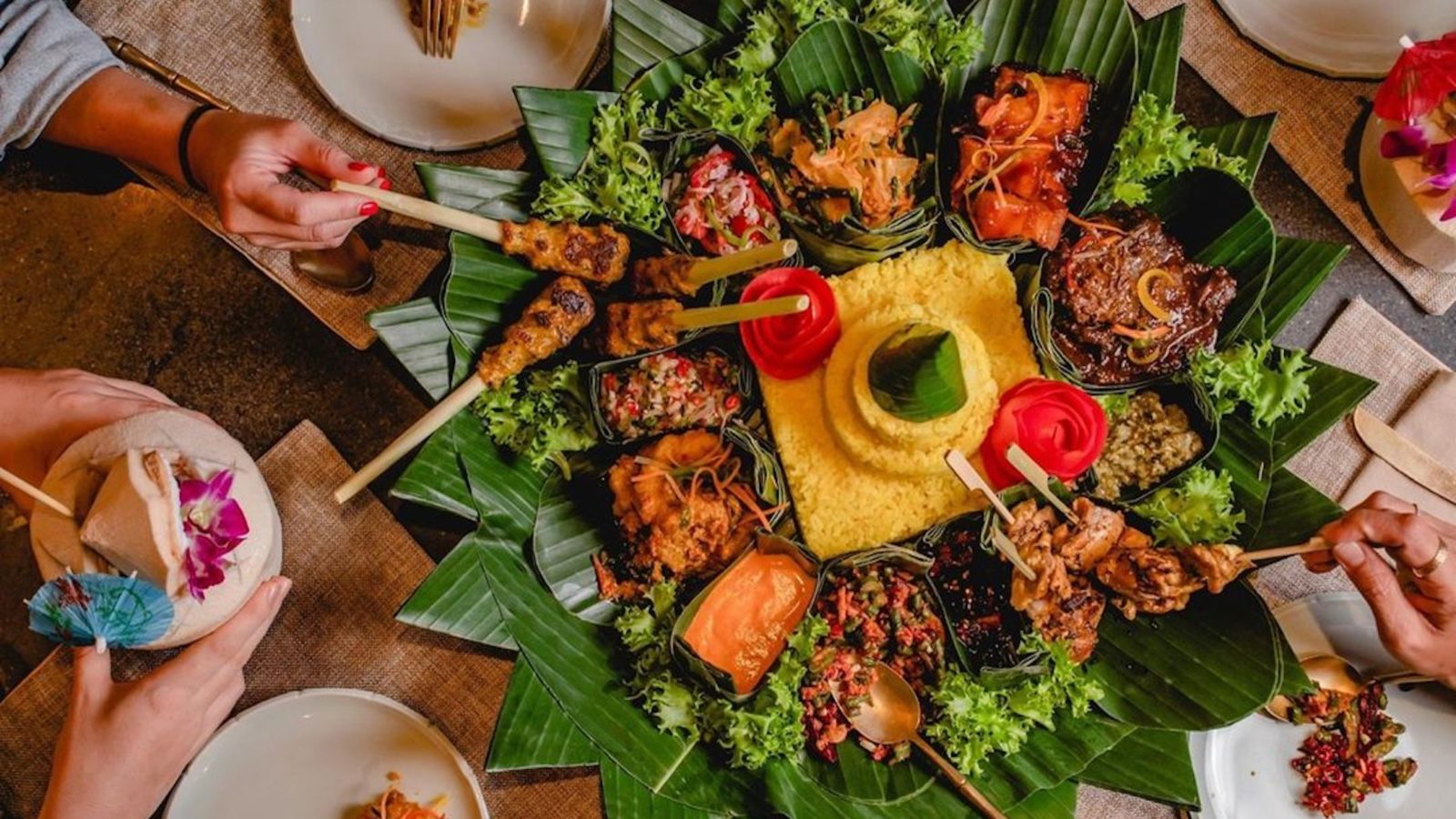 Dreaming of a tropical getaway? When you can’t take a flight southeast – pay a visit to one of these Indonesian restaurants in Hong Kong.

An archipelagic nation, Indonesia’s culinary traditions differ from region to region – borrowing from its neighbours and influenced by some others. For example, Sumatran cuisine is said to have Middle Eastern and Indian influences while Javanese cuisine has seen some influence from Chinese cooking. All of this makes Indonesian food a rich – and dare we say it, underrated? – cuisine that is well worth seeking out. Here’s our pick of the best Indonesian restaurants in Hong Kong, from regional-focused eateries to Michelin-guide fine-dining establishments.

Spotted in Hong Kong’s “little Indonesia” (Sham Shui Po!), AMIN Indonesian Restaurant is the perfect place to stop for a tasty lunch on a day out. This relaxed eatery specialises in rice and soup noodle dishes that feature seafood, pork, chicken, beef and fish paired with dry flat or fresh-made noodles.

Located in Sai Kung, this little Indonesian store is easy to spot – with a funky moustache sign opening into a laidback eatery. Named after the Indonesian meatball, Bakso serves Balinese fare including a famed beef ball and rice noodles in beef broth, a grilled pork jowl with noodles, chicken sate and smoothie bowls.

You may have seen IR 1968’s name recently around the – the restaurant was behind the tiny, very flavourful lemongrass Impossible™ Pork satay lilit in one of the bento boxes that were released for the plant-based product’s debut. Formerly known as Indonesian Restaurant 1968, this eatery has a former Michelin Guide nod and serves everything from East Java chicken lime soup to beef shank rendang and coconut shrimp laksa. For something sweet, try the signature mango sticky rice with coconut ice cream.

Multi-concept space Potato Head is a gorgeous location, with wooden ceiling panels and textiles from North Sumatra that transport you to Indonesia. Kaum, its in-house restaurant, showcases flavours from Bali and other provinces and islands – with a carefully crafted menu that marks each dish’s origins. Some signatures include the rendang daging sapi from West Sumatra (braised beef in mixed West Sumatra spices, coconut milk sauce, and sweet potato crisps) and the Balinese Babi Gulung (roasted boneless quarter baby pig in Balinese-style spices).

In , Lucky Indonesia is best known for its heavenly charcoal-roasted sate. Tuck into Indonesian favourites like the aforementioned skewers and nasi kuning – fragrant yellow turmeric rice topped with beef rendang, chicken, grated coconut and peanuts. A more informal and relaxed eatery, it’s worth making a trek Kowloon-side for.

Walk along the streets near Yee Wo Street and Pennington in Causeway Bay and you’ll find rows of Indonesian groceries and restaurants – including Pandan Leaf. This eatery serves up snacks and dishes and specialises in using pandan leaves. Don’t miss its signature nasi ayam pandan, a Hainanese chicken rice made with pandan.

Led by Bali-native Chef Mustika Wayan, this Michelin recommended restaurant pays tribute to the island’s sustainable and organic movement showcasing classic flavours from all over Indonesia and making use of ethically sourced meat. With a variety of vegetarian and vegan-friendly options on so many menus (weekend brunch, weekday set lunch, dinner, vegan summer – to name a few), this makes for a great option for a family-style sharing meal with a larger group.

Ask any Indonesian in Hong Kong about this hidden gem and you’re bound to hear how authentic and comforting the food is here, especially when you’re homesick. Walrung Malang is tucked away in Causeway Bay and is always bustling and busy. Choose from the extensive menu of favourites (including every nasi goreng under the sun, various rendang and chicken and lamb sate) and make sure to try one of the huge frozen speciality drinks. Plus, this is a halal-certified establishment.

Editorial Assistant
Sakina is a recovering journalism student. Currently in editorial, you are most likely to find her hunting down new eats on Instagram (halal please!) and lusting after K-Beauty skincare drops.
DINING beauty events